This fae stretched her wings and flew to Sevenoaks simply because she loves good tunes.  And ..... there are not many in the mortal world who can provide them better than folk duo Spiers and Boden - the leads in 'Bellowhead'. 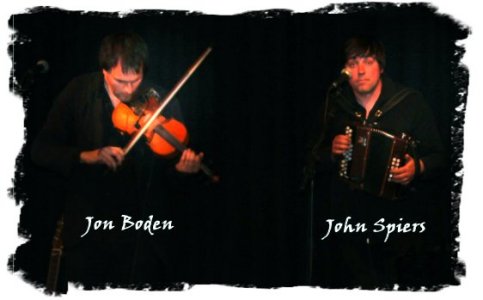 Muddypond's pic of  'Spiers and Boden' live in Sevenoaks, Kent this May
﻿
﻿   It's TEN years since they got together and started entertaining - and ten years since recording their first album 'Through and Through'. If you have time to listen I'm sure you will love them as much as I do. Below you can find them singing  'Innocent when you Dream' - live at Colchester Folk Club.    Video from Jazzcaf.
Usually these two sing traditional 'stuff' and play fantastic jigs or ancient folk ballads - perfect for harem-scarem faery meets - but you might recognise 'Innocent when you Dream' as a song by Tom Waites.  You can find it on their album 'Songs'.
As for faeries - well you see, here they are - Spiers and Boden in the shift-shapes that they like to adopt at full moon - rehearsing this very song. You notice how Jon Bodenhopper keeps his angular shape and stance, and John Spiersbumble is still a bit rounded and cuddly! 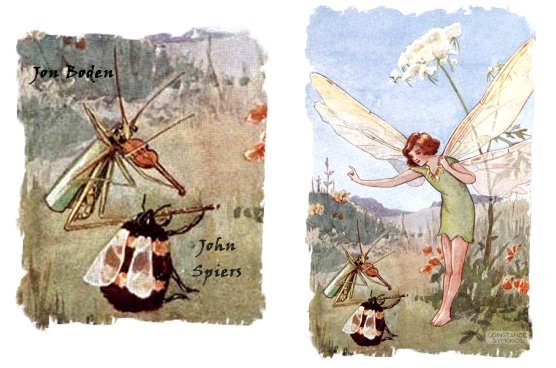 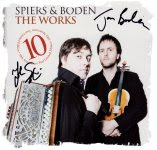 Spiers and Boden have a very new album out around now,
suitably called 'The Works' for their tenth anniversary.
Posted by Muddypond Green at 14:19