The Crab Apple trees were loaded with fruit this August, and now that so much has been harvested, bottled, potted or simply left to fall in great circular carpets under the trees, Muddypond Green decided the Malus was due a celebration ....... 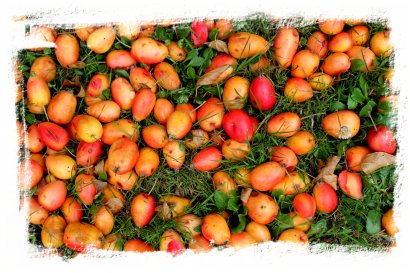 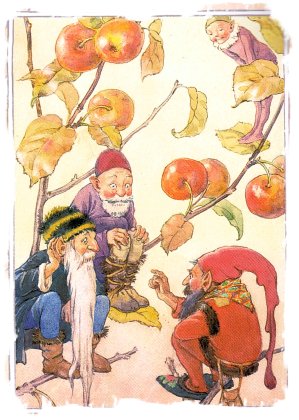 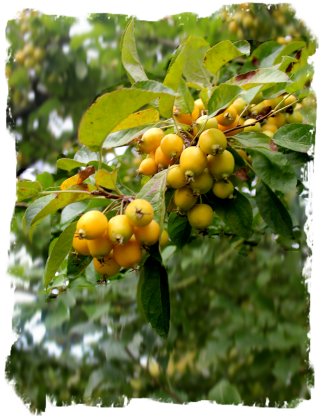 Malus 'Golden Hornet'
photographed at 'Heronden' Gardens, Tenterden, Kent
Bunching, Crunching and Mumberly-Hatch
Three Crab-Apple Dwarfs, every day
Talking and arguing, ready to snatch
Each from the other the words he would say.
And now it's the custom throughout the land
To call any boaster in Fairyland,
"Bunching", or "Crunching", or  "Mumberly-Hatch",
And all boasters go silent as they understand. 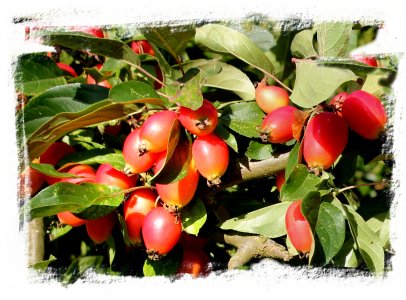 Malus 'John Downie'
my magical crab apple tree - jewelled in the late August sunshine
There are two lovely recipes using crab apples which you might like to try -
'Plain Crab Apple Jelly'    and    'Potted Crab Apple, Red Chili and Garlic Fruit Cheese'.
Have a look on the 'Hedgerow Cooking' page of my fairy website.﻿
Posted by Muddypond Green at 16:00