Thoughts of skating on thick ice - from Iceland ..... 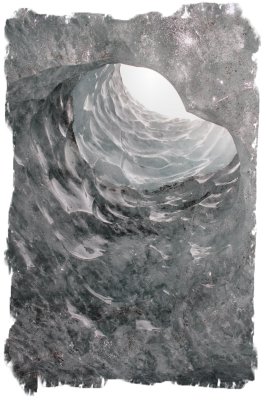 My picture here is the roof of an ice cave, formed at the edge of a glacier many feet of blue-grey ice thick. It was an amazing sight for a far-from-home-fae!
Spending some wonderful wintery days in Iceland last week caused me to think about ICE!  Then ICE-SKATES!

As did Dickens and poor Mr Winkle in this extract  from 'The Pickwick Papers'   ....
'All this time, Mr. Winkle, with his face and hands blue with the cold, had been forcing a gimlet into the sole of his feet, and putting his skates on, with the points behind, and getting the straps into a very complicated and entangled state, with the assistance of Mr. Snodgrass, who knew rather less about skates than a Hindoo.

At length, however, with the assistance of Mr. Weller, the unfortunate skates were firmly screwed and buckled on, and Mr. Winkle was raised to his feet.
'Now, then, Sir,' said Sam, in an encouraging tone; 'off vith you, and show 'em how to do it.'

Travelling along the South Coastal route of Iceland towards Vik, I found the most enchanting folk museum - The Museum of Skogar. Here were cabinets and walls full of curiosities - records of bygone days and harsh lives endured and celebrated. 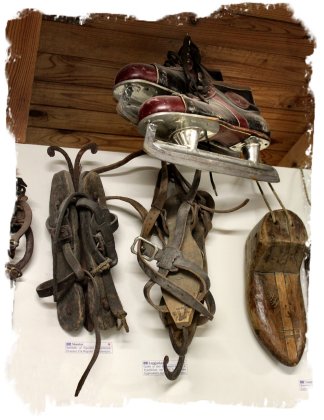 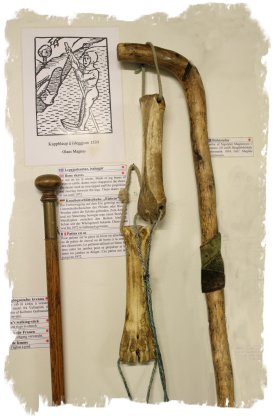 These striking skates were once a common site - made from bone. Apparently they worked really well!  The information beside this pair reads as follows ...
'For use on ice in winter. Made of leg bones of horses or cattle , skates were strapped to the shoes. The skater used an iron-tipped staff for propulsion and steering between the legs. These skates were in use until 1972.'
Now, this simply wouldn't be the blog of the faery Muddypond Green without at least a little of the work of my favourite artists would it?