﻿
The Hazel Dormouse is one or the rarest and most beleaguered species of small mammal in the Britain. As luck would have it, the area of southern England where Muddypond lives has a fair abundance of the little creatures, but they are rarely glimpsed. For one thing, they actually hibernate and sleep for about eight months of the year - even longer if the year is like this one with temperatures barely rising above freezing  right into early April! 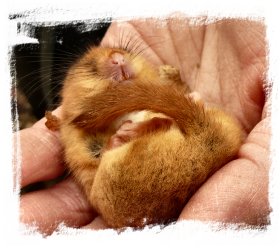 You can read a brief account here of my recent adventures;  learning about successful breeding and  re-introduction programmes at  the 'Wildwood Trust' near Canterbury, Kent.

Here is an oblivious dormouse, SO fast asleep and resplendent in his ginger fur coat still waiting for warm weather! He's safe in the hands of chief conservationist Hazel Ryan.


Another reason for their apparent invisibility is that they are nocturnal, and loathe to venture from the shelter of bushes and trees onto the ground. They'll go long distances to find touching aerial branches to run along before they cross a path. Only at hibernation time do they venture down to search out hiding places; forming a circular, indented burrow in leaf litter and filling it snuggly with dried leaves and grasses.
As always on this blog, hedgerow fae Muddypond would like to share with you some of her favourite 'golden age' children's book illustration on the subject in hand.
Firstly from Oliver Herford, who was obviously fond of dormice - he has another poem on the subject "The Elf and the Dormouse" which I will give you soon ...
﻿
﻿ 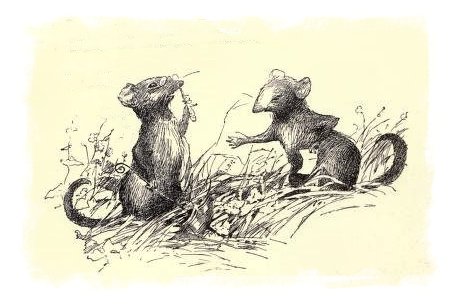 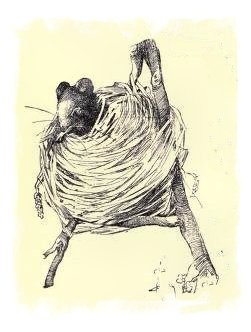 Sleepy Dormouse who had passed
The winter in her nest,
Hearing that spring had come at last
Got up at once and dressed.

And, hastening from her downy house
To hail the new spring day,
She ran against another mouse
That lived across the way.
The shock was such, at first the two
Could scarcely speak for lack
Of breath. The each cried "Oh, it's you!
Why, when did you get back ?"

"I've only just return'd, my dear,"
The sleepy dormouse said,
"From Florida - the winters here,
You know, affect my head." 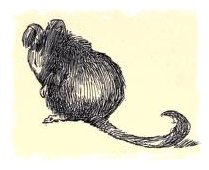 "Have you, indeed?" exclaimed her friend.
"I'm glad to see you home.
I, too have just returned - I spend
My winters down in Rome."

With many pawshakes then, at last
They parted, each to say,
"I wonder where that creature passed
The winter  - anyway!". 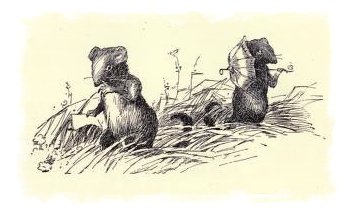 One below from Margaret Tarrant, the dormouse on the table at the Mad Hatter's tea party.
From 'Alice in Wonderland'  Ward, Lock & Co.1916. 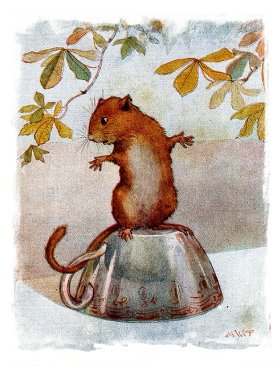 Lastly from Racey Helps in his charming "The Tail of Hunky Dory".
All about the dormouse's adventures with his slightly dyslexic friend the water-shrew 'Shewsbury'. Pub Collins 1958

Don't forget, you can read more about the dormouse re-introduction programme and see some different 'dormouse art' on Muddypond's main website.
Posted by Muddypond Green at 18:15