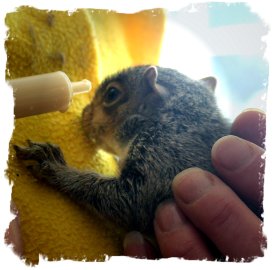 Squirrels - now they are high profile just at the moment in my woods.  September is a wonderful time for a harvest of fresh nuts, ready to hide away for deep winter -  not to mention succulent blackberries. The postcard below shows a troop of youngsters sporting in the pine branches : 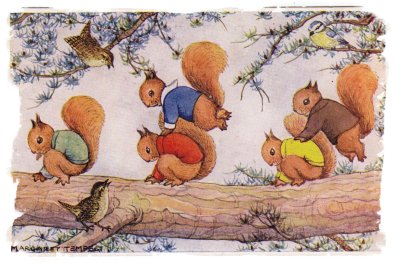 'Leap Frog' postcard illustration by Margaret Tempest - posted  1944
All the early illustrations from children's books and postcards that I have,  are RED squirrels - sadly quite isolated and scarce now in Britain since the introduction of the dominant GREY. Interesting to see though, that these illustrators from seventy, eighty years ago would clearly have found a grey squirrel an oddity. 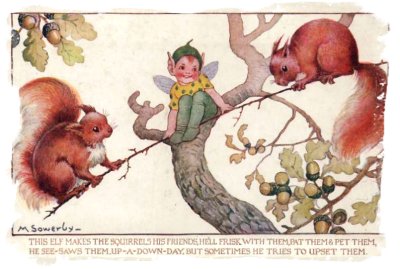 Another postcard - this one by Millicent Sowerby, 1924 from the series 'Woodland Games'
The Verse reads...
'The elf makes the squirrels his friends, he''ll frisk with them, pat them and pet them.
He see-saws them Up-a-down-day, but sometimes he tries to upset them.'
Now let me introduce you to 'Lenny'.
Lenny is a GREY squirrel - and proud of it!   He fell to earth from a hole, high up in the brickwork of the Kentish Oast House, belonging to my neighbour (human) -  and right beside my Charing faery wood. He is a very late baby - only now about five weeks old. Luckily, although he was tiny, he squealed so loudly for his mother who'd run away after the accident that he was heard and rescued! 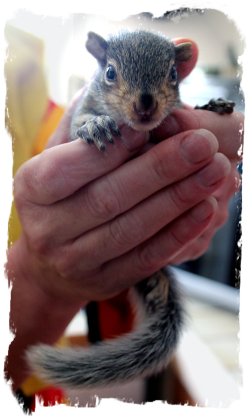 In just two weeks, once he'd learned how to suck evaporated milk from a little syringe, he's grown and grown. It won't be too long before he's ready to come back to the woods - we hope.
As Wood Guardian fae for this area I say - well done Neighbour of the Oast!! 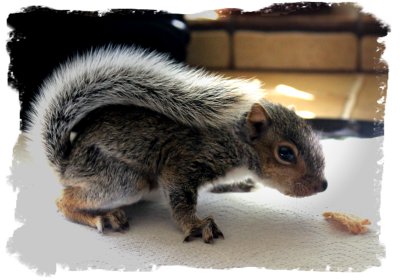 'Hmm - a cornflake - smells good to me!'
When I was a faery-sprig, very small indeed, the books I loved best were the 'Little Grey Rabbit' series by Alison Uttley - full of country wisdom and colourful characters. Grey Rabbit herself - modest and hard working - boastful, adventurous Hare -  and Squirrel who, it has to be admitted, was rather vain. 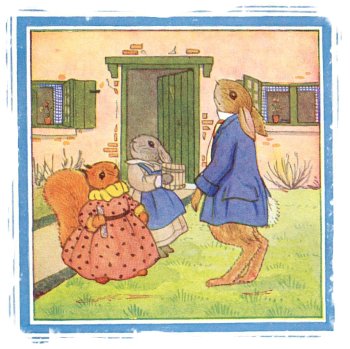 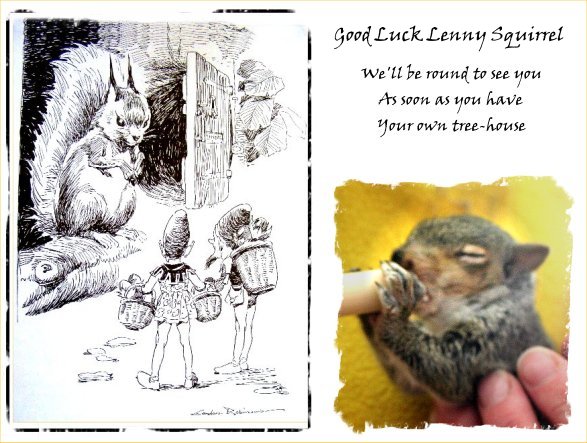