Meeting the Tomten on a January evening .... 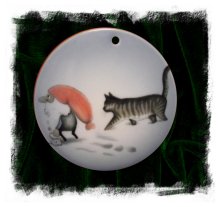 Finding a favourite Yuletide decoration, carefully wrapped but hiding, reminded me of buying it in Denmark, at least a couple of decades ago! It once had a pair, but that one sadly fell onto the brick hearth and is no more.

It had me thinking about a little folk-lore character who doesn't seem to visit these shores. Unlike us faere-folk, he exists exclusively in the heart of Scandinavia with his red hat and bowls of warming porridge. 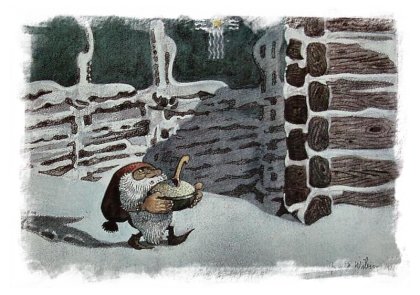 He dwells near hard-working mountain farms,  guarding the children and looking after the animals, especially in the hardest of winters. He can speak to each animal or child in a quiet language that only it can understand. He is endlessly loyal.

He is a Tomte. 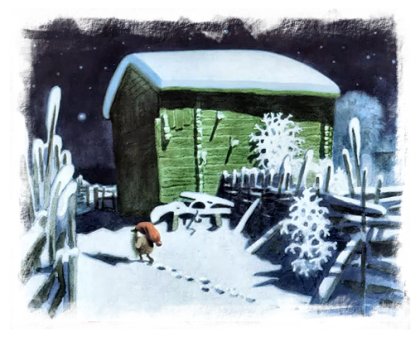 This steadfast little fellow has featured in the Scandinavian psyche for centuries, but his popularity from 19th century onwards can be put down to writer Viktor Rydberg, and in particular his enigmatic poem "Tomten". Here the Tomte ponders on life and time as well his role as unseen family carer.
Here's the first verse - which is also the last - in its original Swedish and then in English: 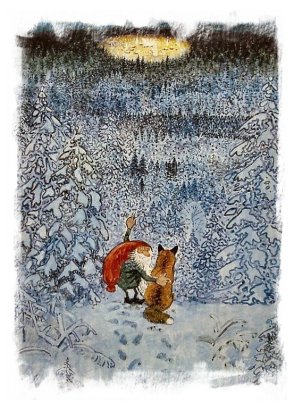 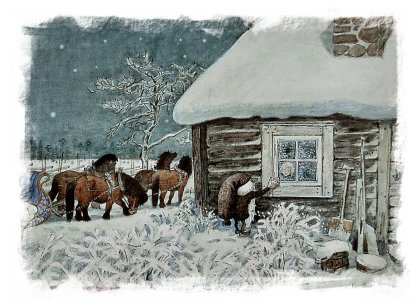 Below is an enchanting video with Wiberg "Tomte" illustrations, original Rydberg words and  simply delicious music specially written by Göran M Hägg. I do hope you love it as much as do!
Happy New Year

If you're interested in old English customs and traditions, you might like to read a little about a Twelfth Night celebration held on the banks of the Thames,
complete with the wintery and holly'd Green Man.    Find it on Muddypond's main website.

Posted by Muddypond Green at 17:41